During our Live Event today, we dropped some hints about our future plans for the competitive game modes. We wanted to go into a bit more detail here. This list is not all-inclusive, but has some of the bigger things that are currently on our list. Please keep in mind, this list is not carved in stone. Many of these plans could be changed dramatically or outright cancelled depending on changing priorities.

World Restructuring
World restructuring, commonly referred to as the Alliance system, remains our top priority for WvW. We’re not going into details on this post, since a lot of detail has been released previously. We are still not in a place where we feel comfortable releasing a target date, but we are still working on it.

There remain big issues in WvW there are not addressed by World Restructuring. The biggest one is finding a means to make winning mean something in WvW without motivating players to burn themselves out trying to maintain 24/7 coverage. We have some early designs built around this and will be investigating them once World Restructuring is finished so it is a bit too early for us to go into details around the ideas, but we’re thinking about them.

sPvP
Monthly Tournaments
Getting monthly tournaments back on, is currently our #1 priority for PvP. We’re working on this as fast as we can. (Note: Fixes may already be live by the time this post is up.)

Special Tournaments
At this point, we’re holding off on the return of special tournament formats (2v2, 3v3, Tournament of Legends), until after swiss tournaments are complete. But now that some other bugs have been resolved, we’re hoping to get these going on a more regularly cadence.

Mini-Seasons
We are currently planning on experimenting with mini-seasons with alternate game modes (2v2, 3v3, etc.) during what would normally be off-season time. The key tech we’re missing for this is currently getting additional rating types, as we currently only have ranked and unranked. We don’t feel it’s appropriate for your 2v2/3v3 rank to have any bearing on your conquest rank. We don’t have a timeframe for that change, however, it’s something we’re very interested in doing. Having conquest seasons not overlap with ranked queue for other game modes alleviates most of the concerns we have for splitting the population base. 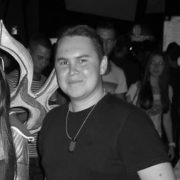