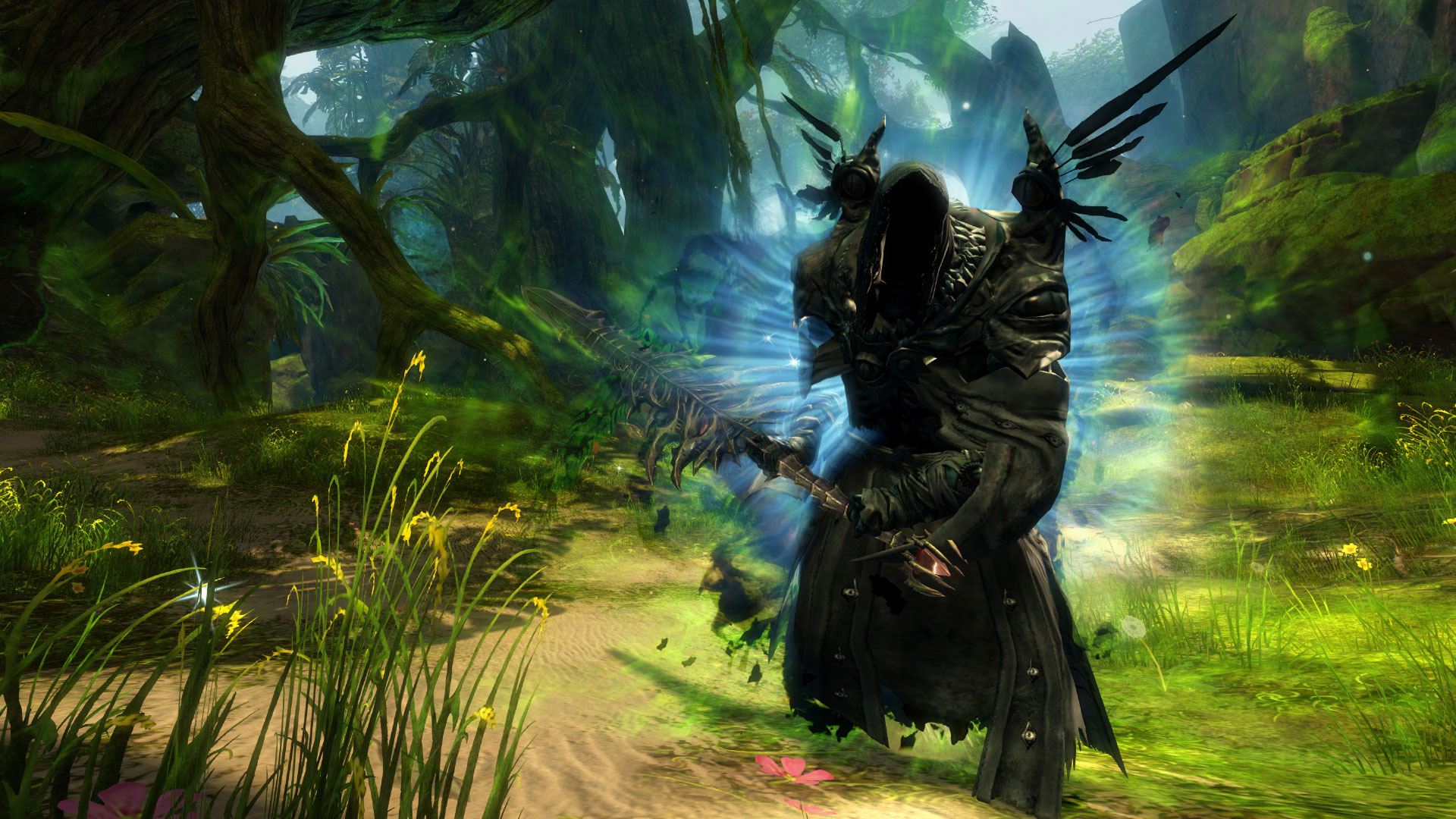 I wanted to talk to you about Rune of Sanctuary and Abrasive Grit.

Firstly, the interaction between those two was ridiculous. Yes, there are other strong interactions with the rune, but they are not OMGWTF OP interactions.

This is what we went through when we were figuring out how to fix it on Tuesday:

1) We immediately thought about putting an internal cooldown (ICD) on the rune. After all, the change to the rune is what enabled this unwanted behavior. This would have been the easiest and fastest fix. Then, we went on to look at what effects that change would have had on the rune and everyone using it. In particular, we looked at a worst-case scenario that would have happened as a result:

Player A has Rune of Sanctuary and starts using their strong heal ability.
Player B heals them for some small amount, causing the rune to go on ICD.
A completes their strong heal and loses out on the effect of the rune.
Player A is frustrated or angry that player B screwed something up for them.

This situation goes against one of our design philosophies for Guild Wars 2: Seeing another player should not be frustrating.

2) We then spent some time looking at and investigating lifesteal interaction. We quickly reached the conclusion that lifesteal wasn’t what was causing the issue to blow out. It was merely contributing to the ease of causing the interaction. Changing it so that lifesteal wouldn’t trigger the rune barrier gain wouldn’t fix the issue because there are plenty of other ways to gain rapid heals, whether it is your own sources (like life siphon) or external ones (like having a druid, medi engi, or other player/source healing you).

3) We further considered whether to have the rune grant only a barrier on heals over a particular size. This felt bad for a few reasons: It gets harder to read/trigger, it eliminates the lower-level interactions entirely, and it pushes the possible abuse case to be slightly harder, but not unreachable. This leaves it likely to happen again, just a little later – after builds are developed that are capable of getting fast heals just over the minimum value.

Given those paths and their consequences we chose to put an ICD on the trait while at the same time increasing its might stacks and duration. This was the best, most surgical option available to us on this timeline.

I hope this will help you see that we’re right there with you, looking to resolve this issue as quickly and smoothly as possible. That is not to say that the solution was the perfect one, but when there is a live issue causing immediate problems we must address it as soon as possible.

We’re aware of the current possibility to trigger Abrasive Grit’s ICD from someone else, but that should be fixed a bit later on.

With that, and the addition of ICD to Abrasive Grit, you’ll have control over when that ICD is triggered because it is based on barriers you grant. This keeps the rune legible and easy to understand in the meantime. Abrasive Grit remains usable, though it lost a bit of its burst-condition-cleansing potential, and gained some might uptime. We’ll be keeping an eye on it and watching for reasonable options that promote healthier, skillful gameplay for everyone.