So I mentioned it in the blog and a couple press interviews, but just to reiterate it here, it was never our intention to make succeeding The Shatterer event exceptionally difficult. We want players coordinating with only map chat, with strangers, to be able to complete the event. That said, some of the achievements, like the “Smash the Dragon” one (complete The Shatterer event without him ever taking off IE break him every time his break bar activates) will take more coordination. It is harder to break him than it is to kill him. It is kitten harder to break him every time than it is to kill him.

Also, keep in mind that you guys are playing it the day it comes out, with upwards of 100 players. Maps are consistently full, which makes me super happy to see, but is not going to be the reality of the fight in 6 months or 2 years down the road. Yes, the event, mobs and breakbars all scale, but there are some things that are just going to be inherently easier with a massive army of players. The biggest one being, you guys are going to be able to spread out and kill the pulsating crystals with greater ease than a group of, say, 25 players, even though the breakbars and health of those crystals scale. Same with keeping Adds down, or just general DPS.

I was in the map with the first kill, and there was ~9 min left on the timer when he died. What wasn’t as obvious was the Shatterer was also less than 30 seconds away from entering a second Pulsating Crystal Node phase when he was killed, which would have added a good chunk of health back to it and stretched the fight out longer. The DPS vs Crystal healing Cooldown time is a big element of the fight. Out DPSing the healing, and CCing the crystals down quickly gives more player control over the length and difficulty of the fight than, say, just adding a ton of health on the boss. The fact we killed it before the second crystal phase started was a testament to the group. The fact that we CCed the crystals so quickly the one time they did show up was, again, a testament to the group. Yes, the sheer size of that group certainly helped, and I can pretty much guarantee that will be more challenging with, say, 30 players instead of 125, but we earned that victory! Don’t sell yourselves short on that. 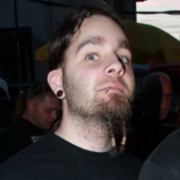